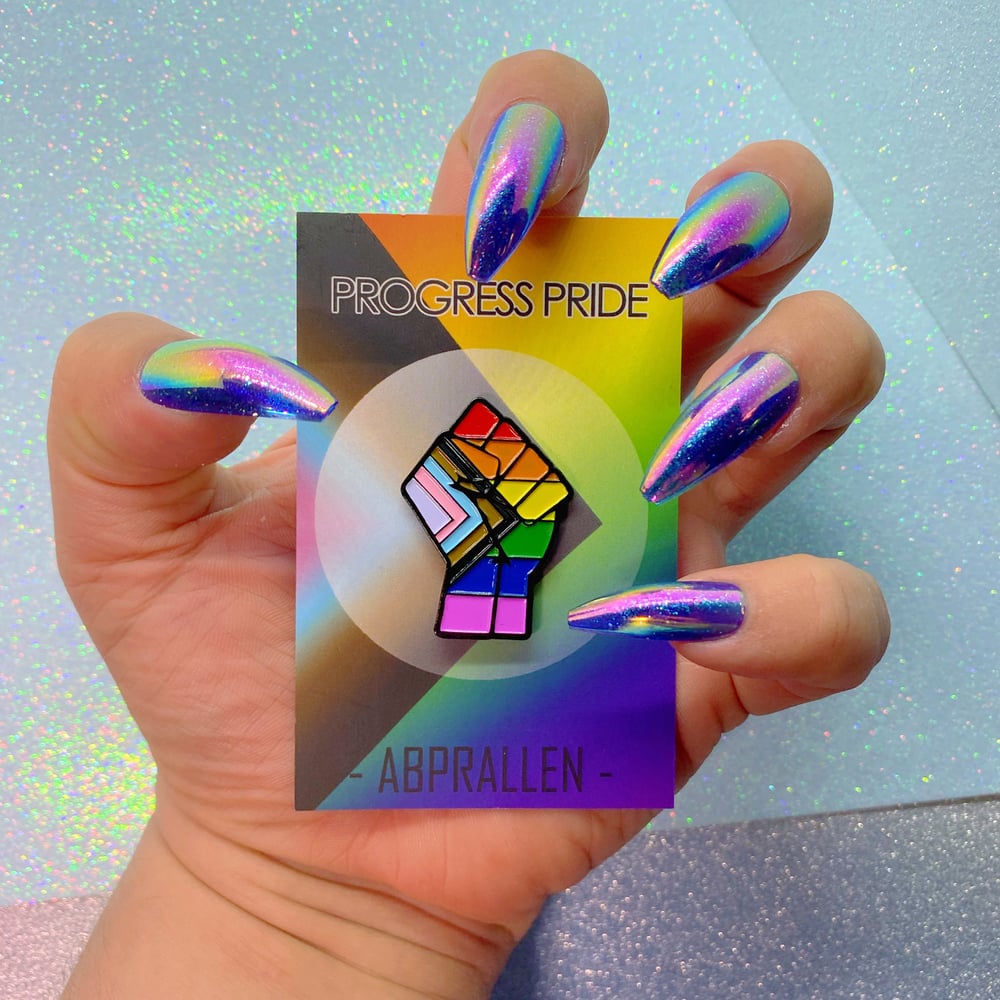 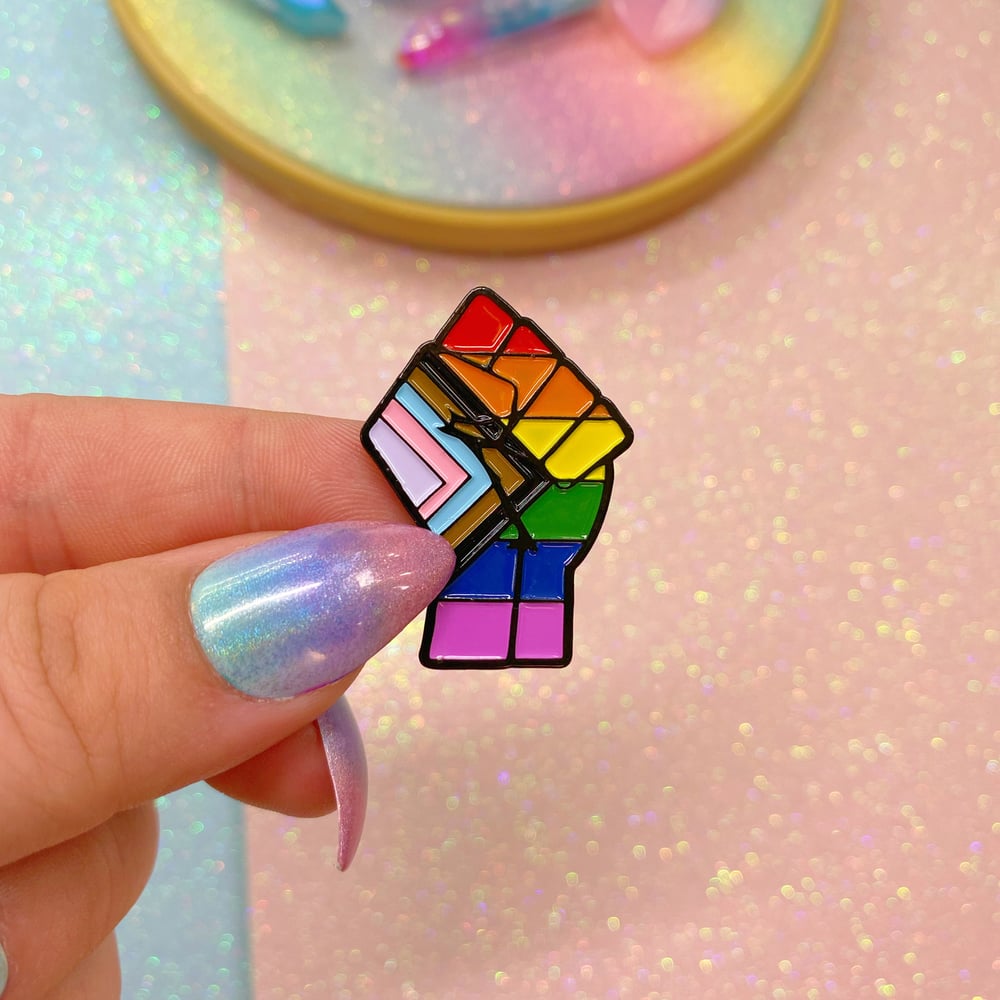 The Progress Pride Flag was created to represent all LGBT+ people and to highlight the importance of, and contributions made by trans people and people of colour in the community. It celebrates us all and amplifies the voices of the most marginalised and erased within our community.

I designed this Progress Pride pin in 2018, following on from the love I received in regards to my Trans Pride pin and have since created a number of other LGBT pride flags in the same style. This pin measures 34mm and affixes to all suitable fabrics such as hats, jackets, shirts, and bags.