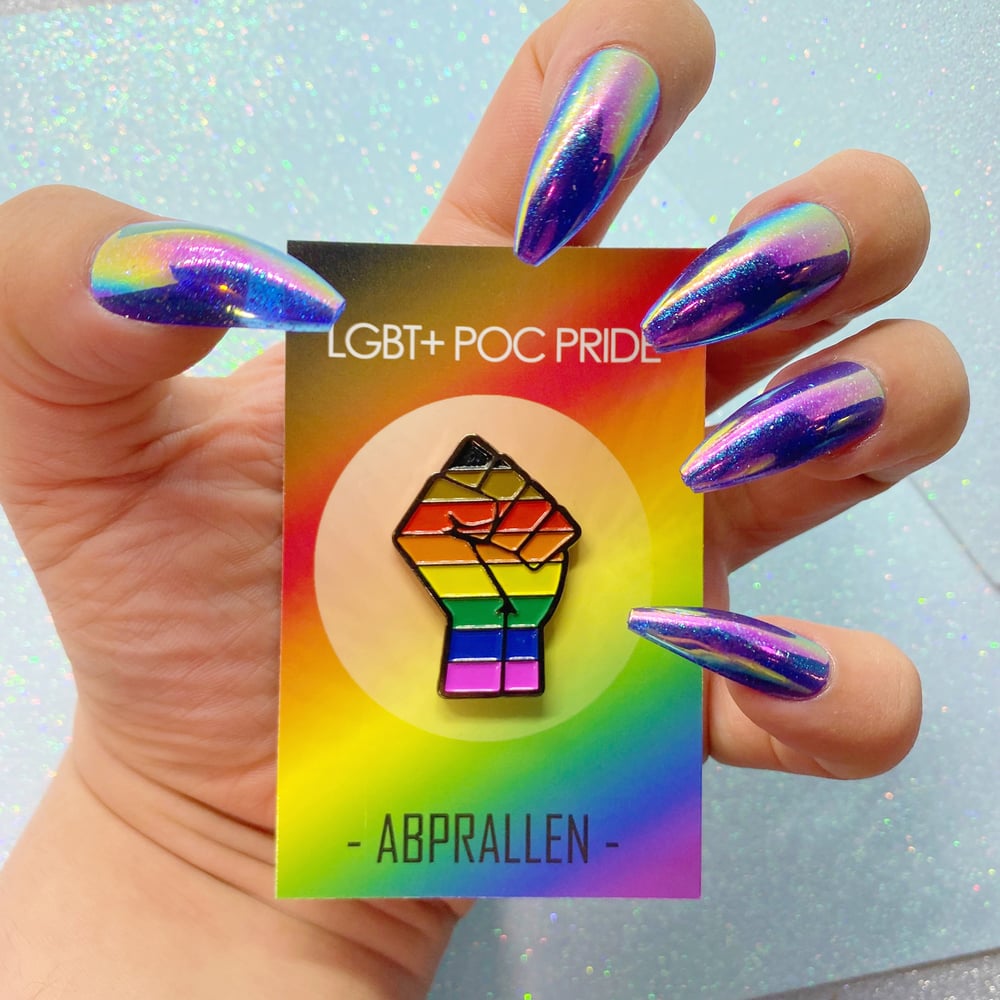 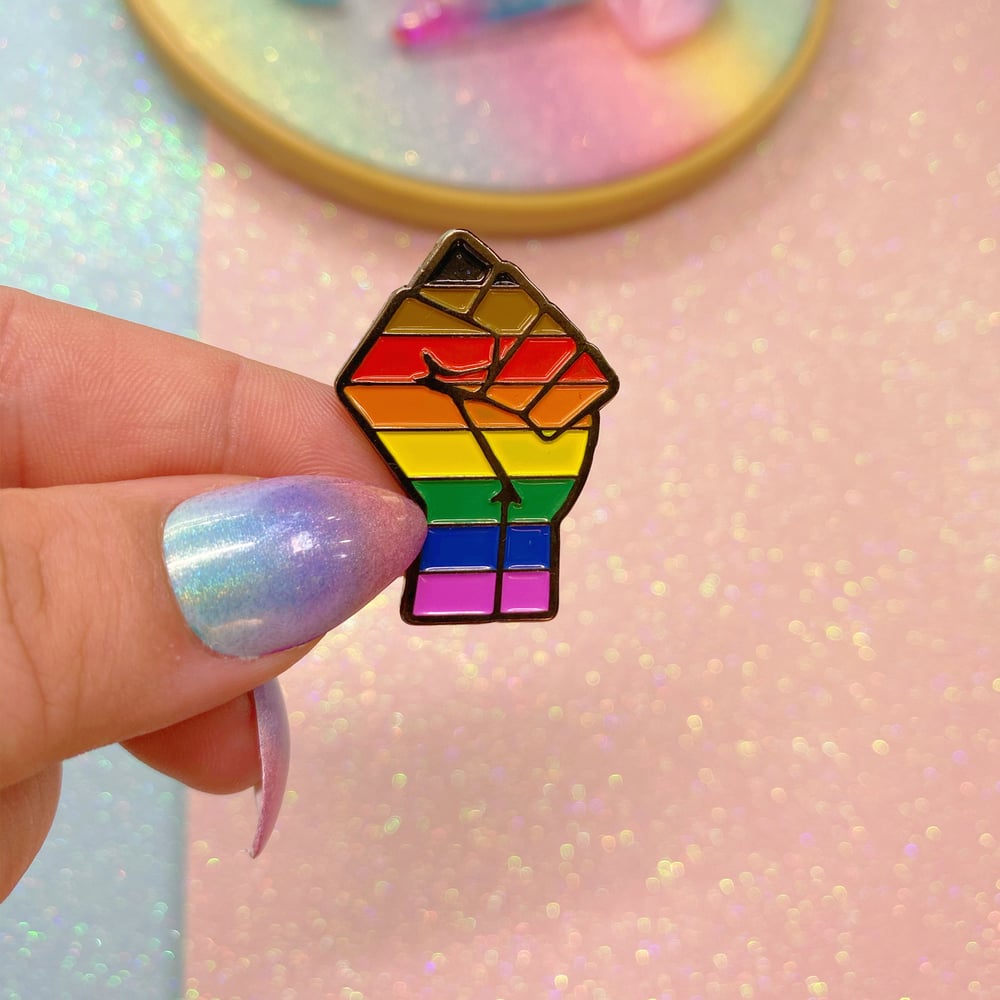 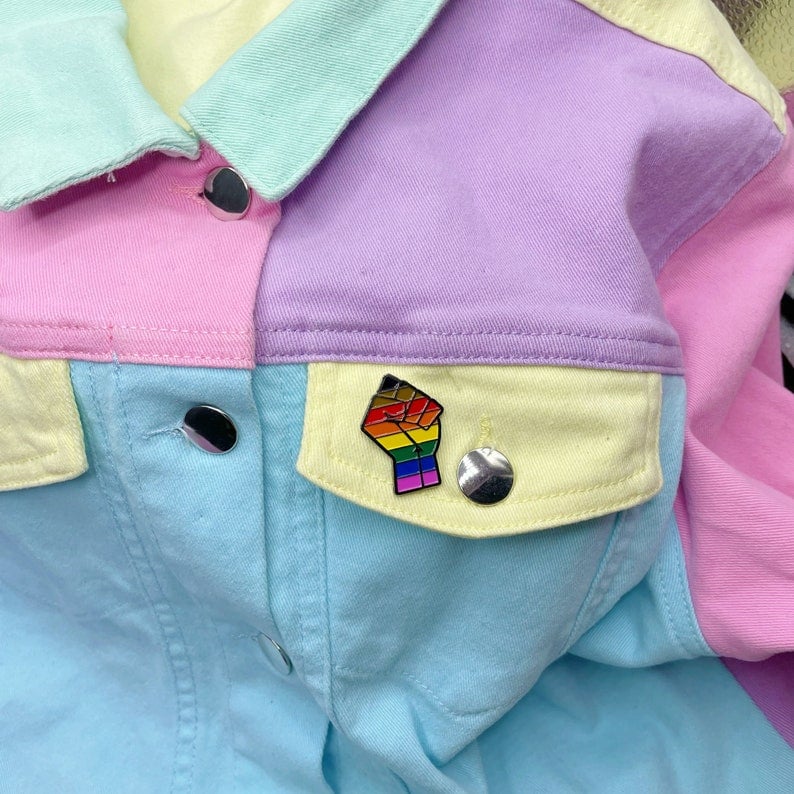 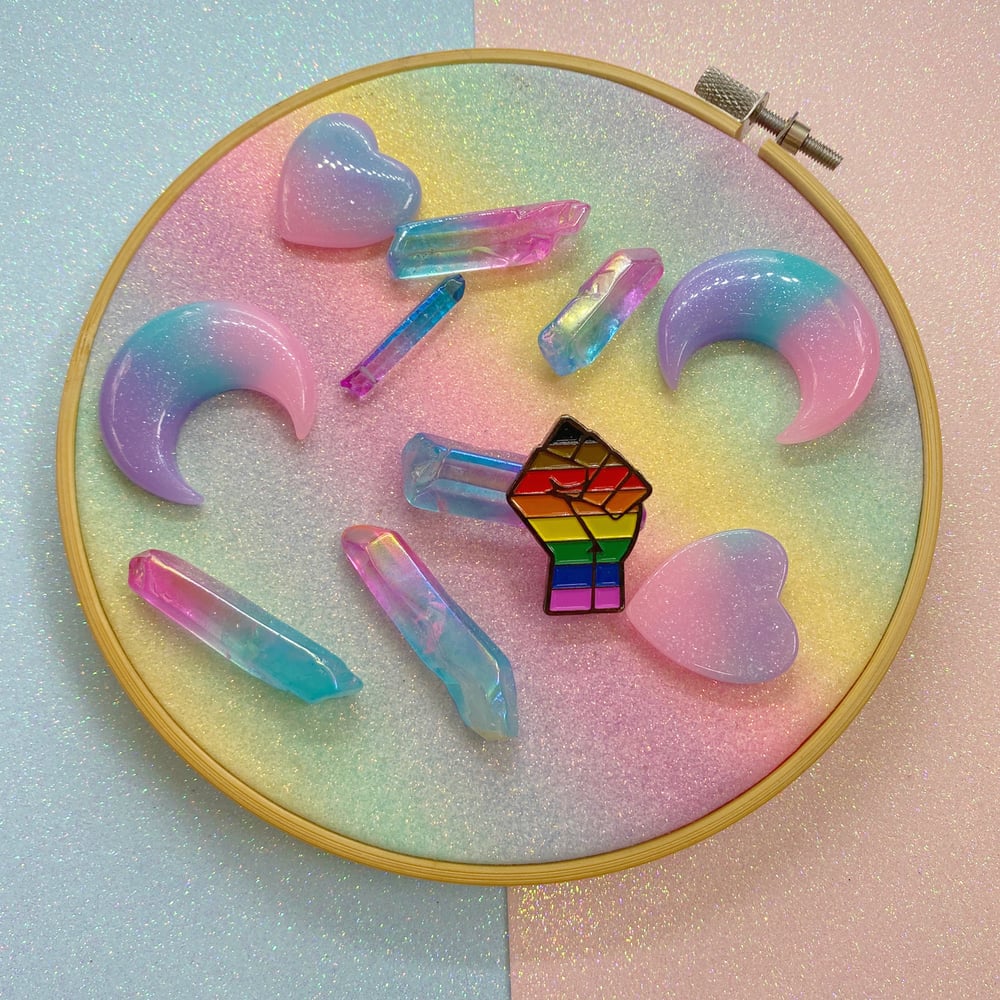 During Pride Month 2017, Philadelphia added two colours, black and brown, to their pride flag, and hoisted it outside City Hall. The colours represent inclusion of people of colour in the LGBTQ community.

Whilst the original flag designed by Gilbert Baker has nothing to do with race this version isn't attempting to erase the history of the original version but to stand alongside all variations of the flag. It is important not only to recognise the achievements and to acknowledge the importance of People Of Colour in the LGBT+ Community but to fuel conversations of how exclusive the LGBT+ Community can be and its tendency to ignore, ostracise, harass, and victimise People Of Colour.

Whilst the LGBT community accepts POC for their sexuality and genders, it still has problems with racism and racial discrimination. This flag seeks to put an end to that discrimination and racism and to unite all LGBT people.

I designed this pin with the raised fist symbol, as this is an icon of The People, having its roots with The Industrial Workers of the World who were formed in Chicago. This symbol has been used by oppressed groups all around the planet for over a century - from the Black Pride movement, to feminist organisations, to those protesting how their government treats them its a true testament to how resilient and powerful people can be when they have pride and love for what they believe in and know to be true.

I designed this POC LGBT Pride pin in 2019, following on from the love I received in regards to my Trans Pride pin and have since created a number of other LGBT pride flags in the same style. This pin measures 34mm and affixes to all suitable fabrics. I've worn mine on hats, jackets, shirts, and bags.
Choose from either the pin by itself, or with a matching large vinyl sticker.