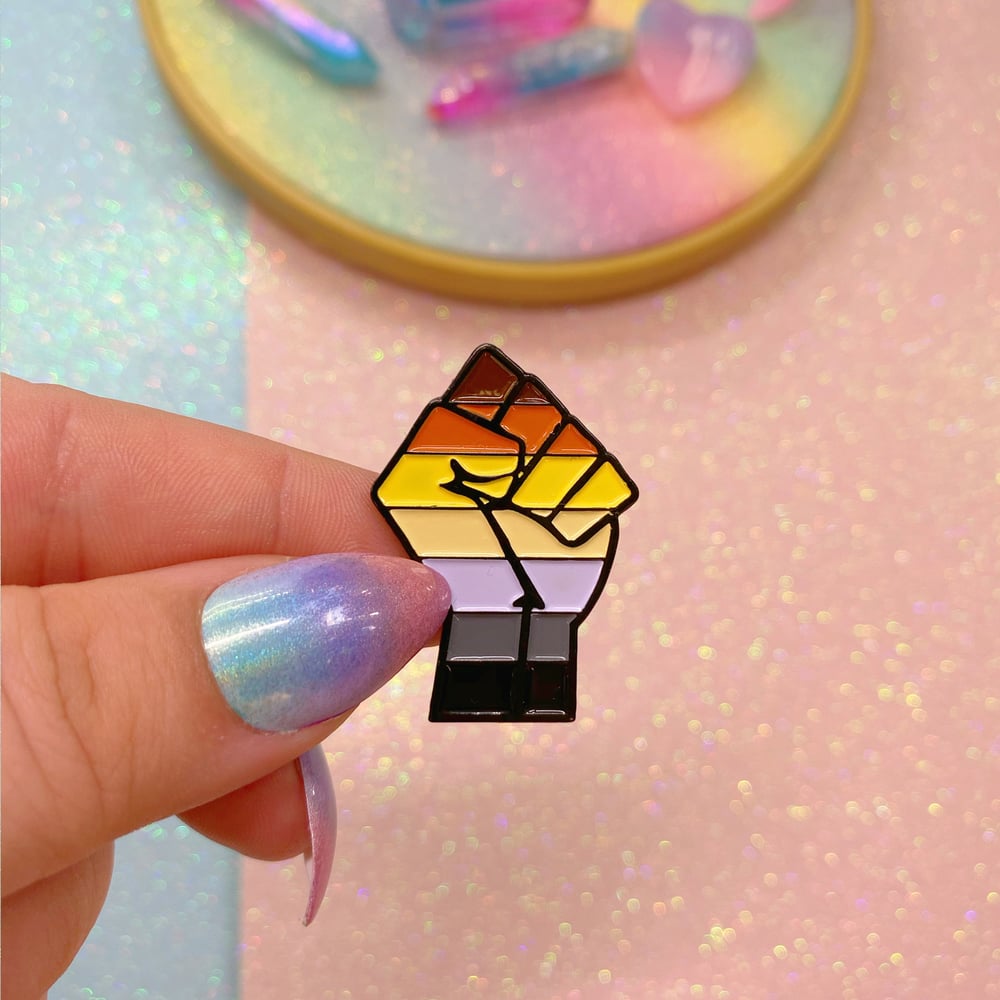 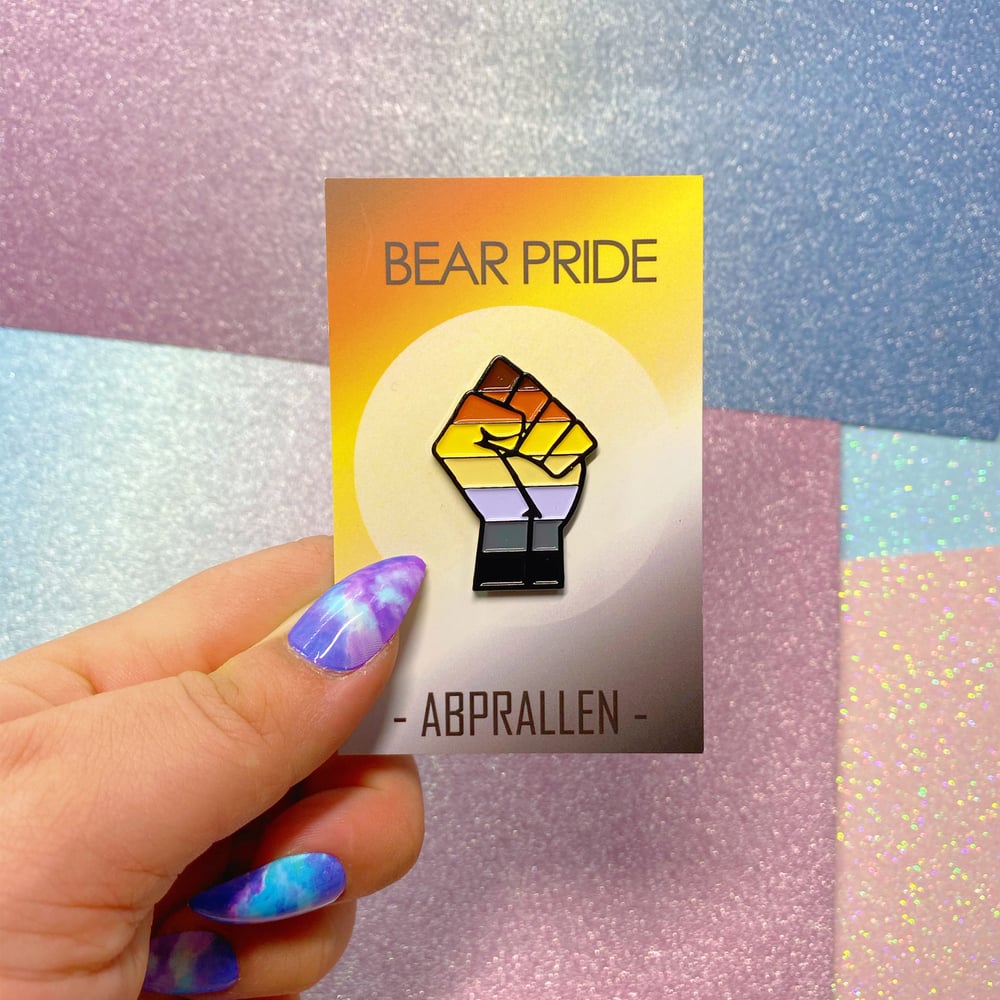 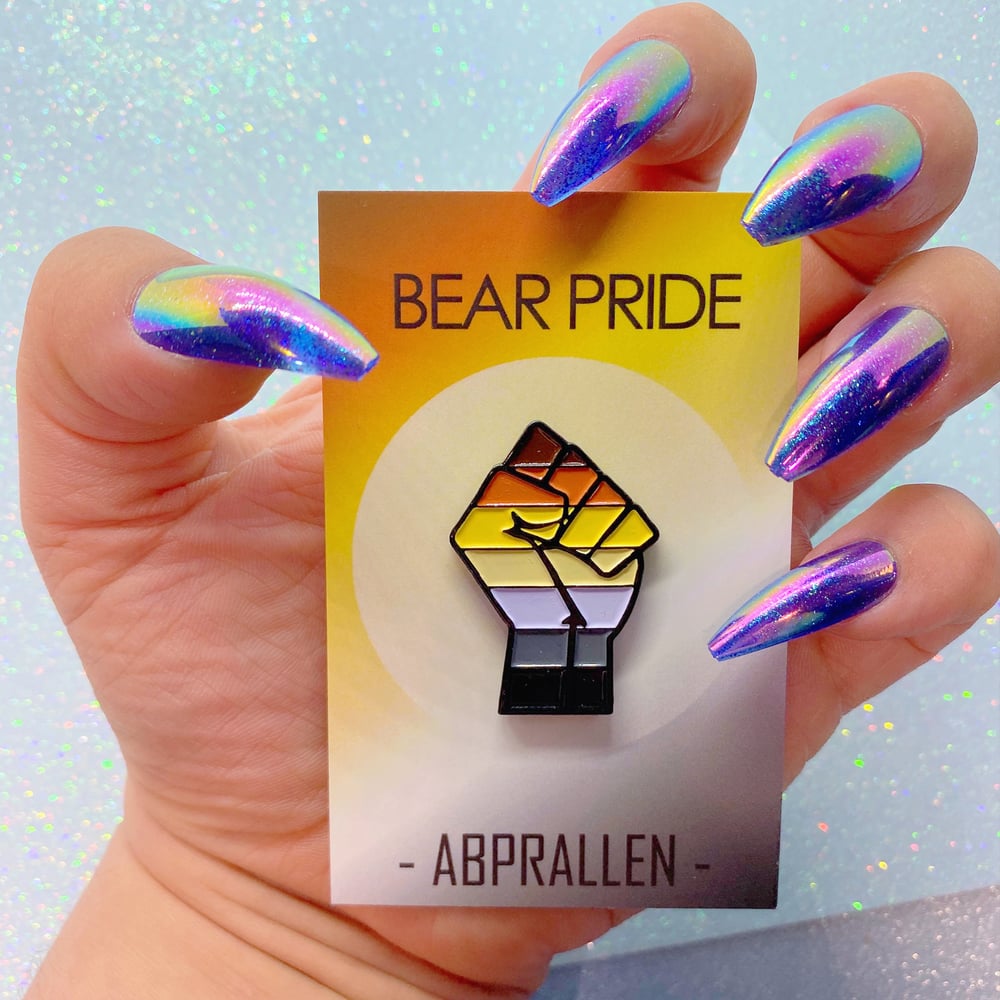 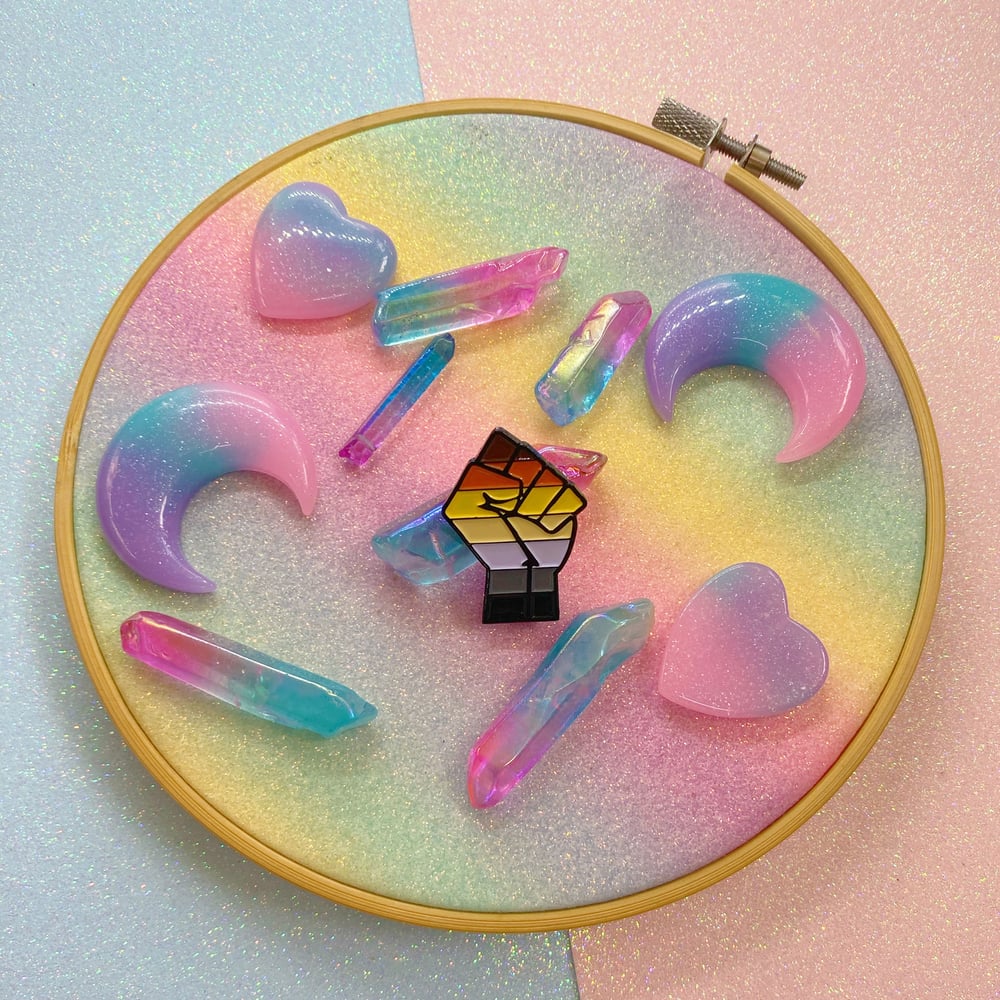 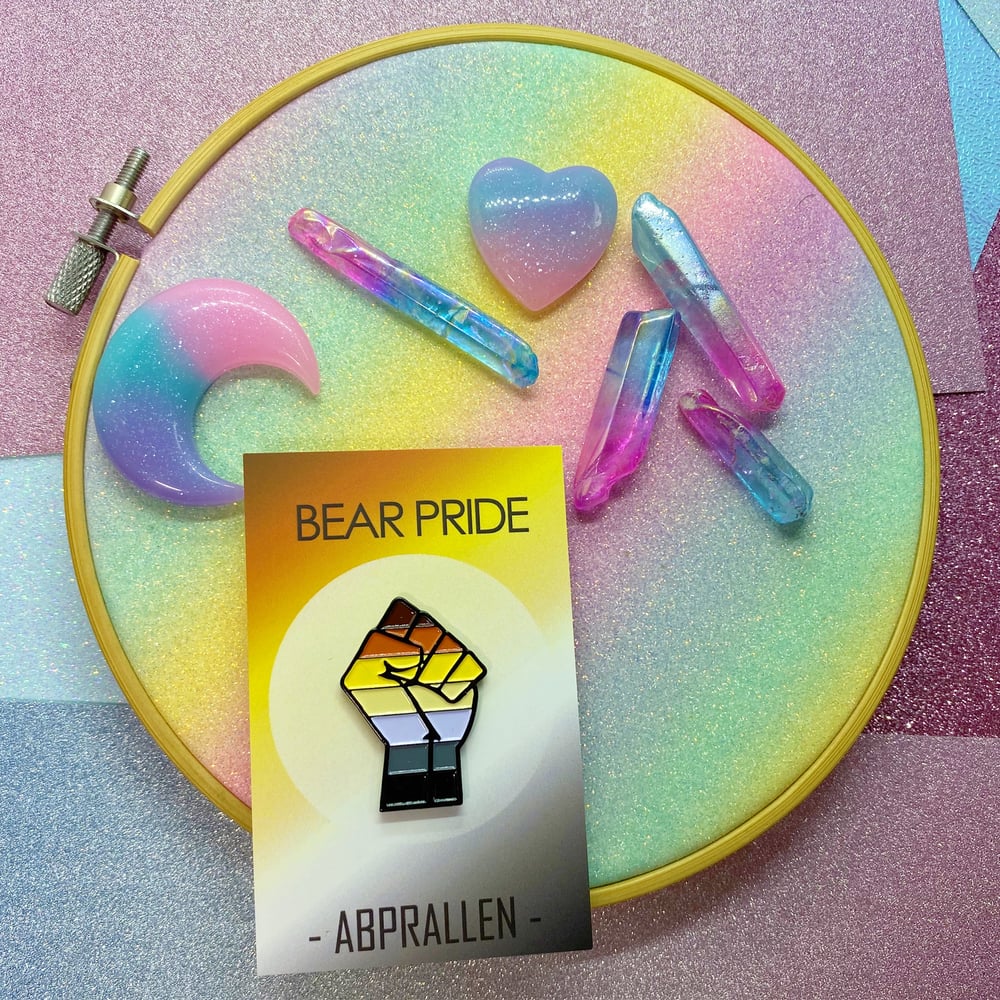 This pin is for all the Bears out there! Where would our community be without you?

I designed this Bear Pride pin in 2019, following on from the love I received in regards to my Trans Pride pin and have since created a number of other LGBT pride flags in the same style. This pin measures 34mm and affixes to all suitable fabrics such as hats, jackets, shirts, and bags.
As with all my items I ship worldwide and always combine postage.