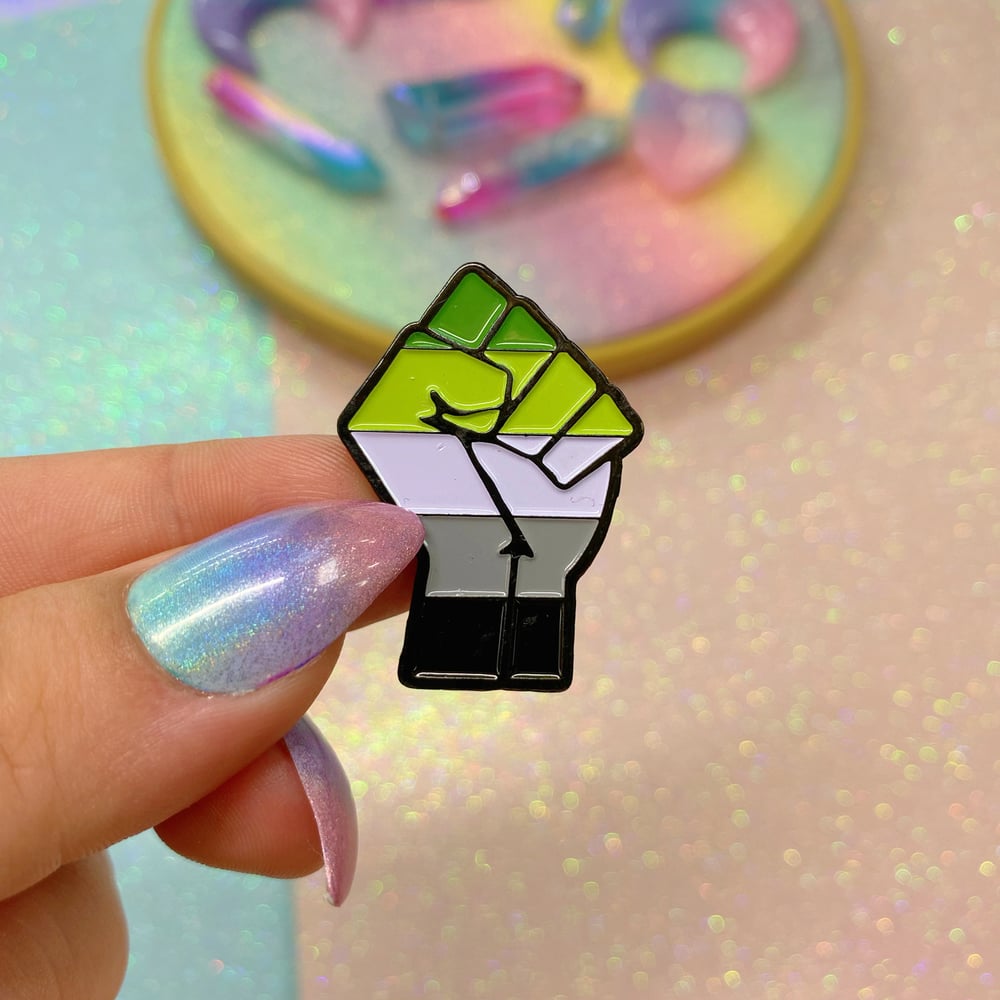 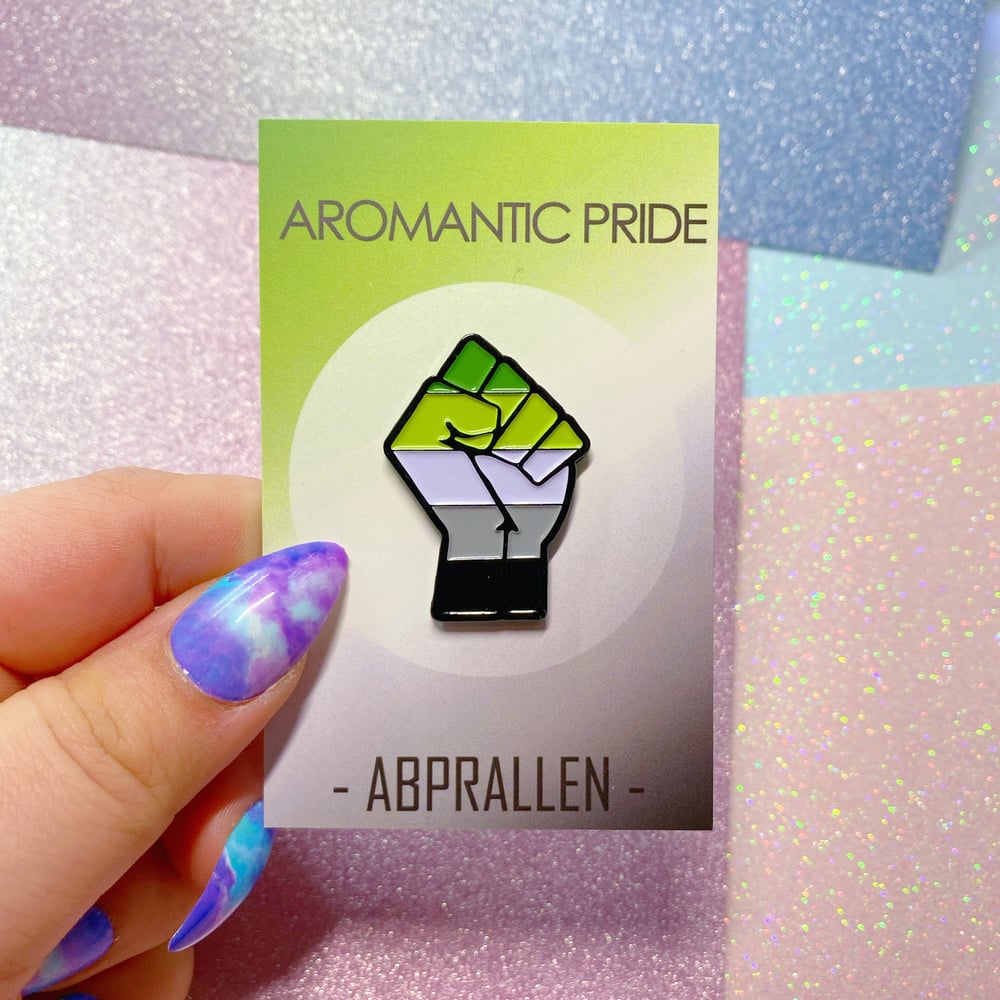 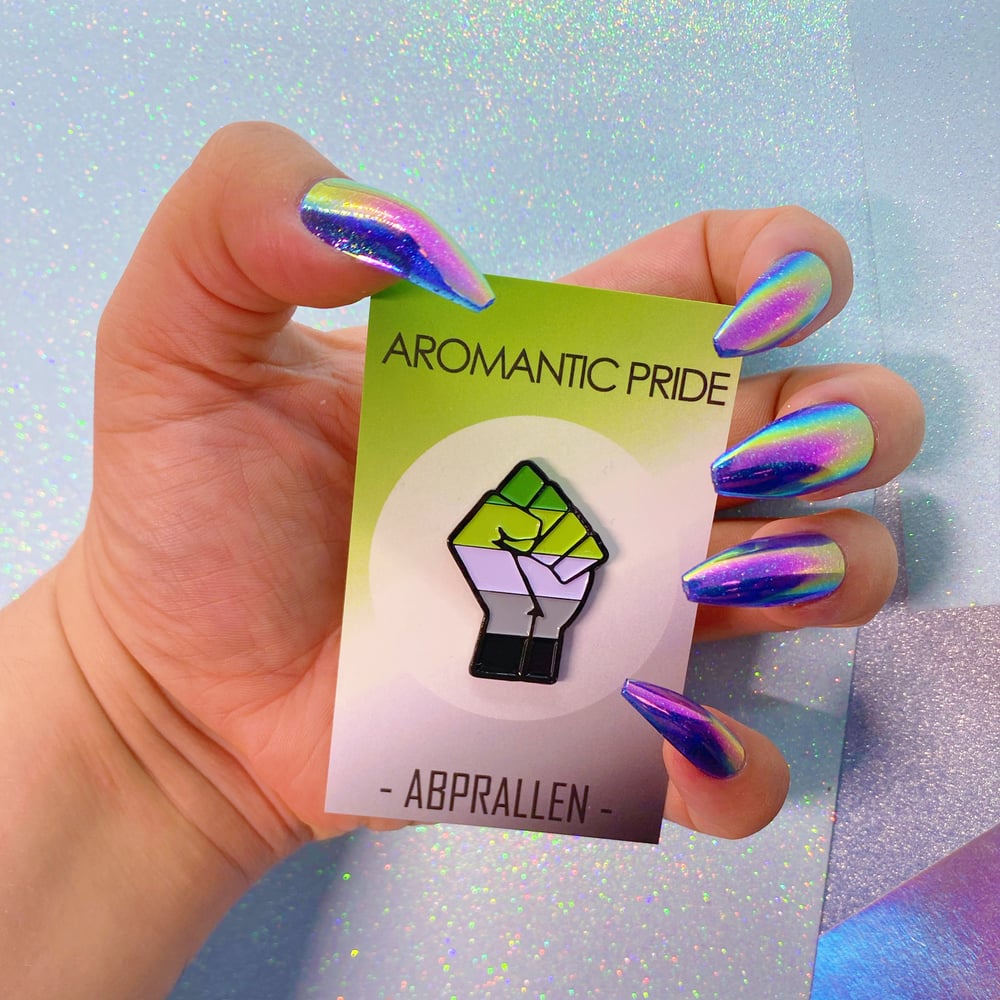 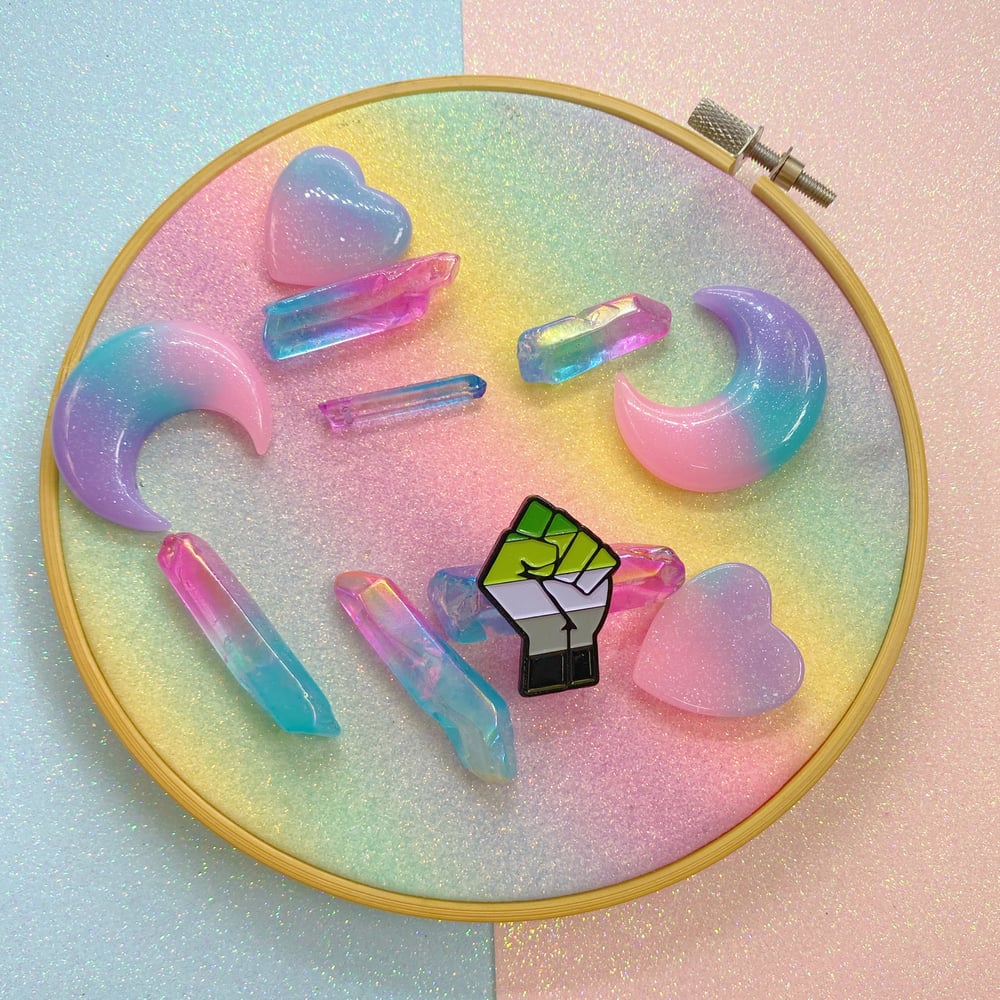 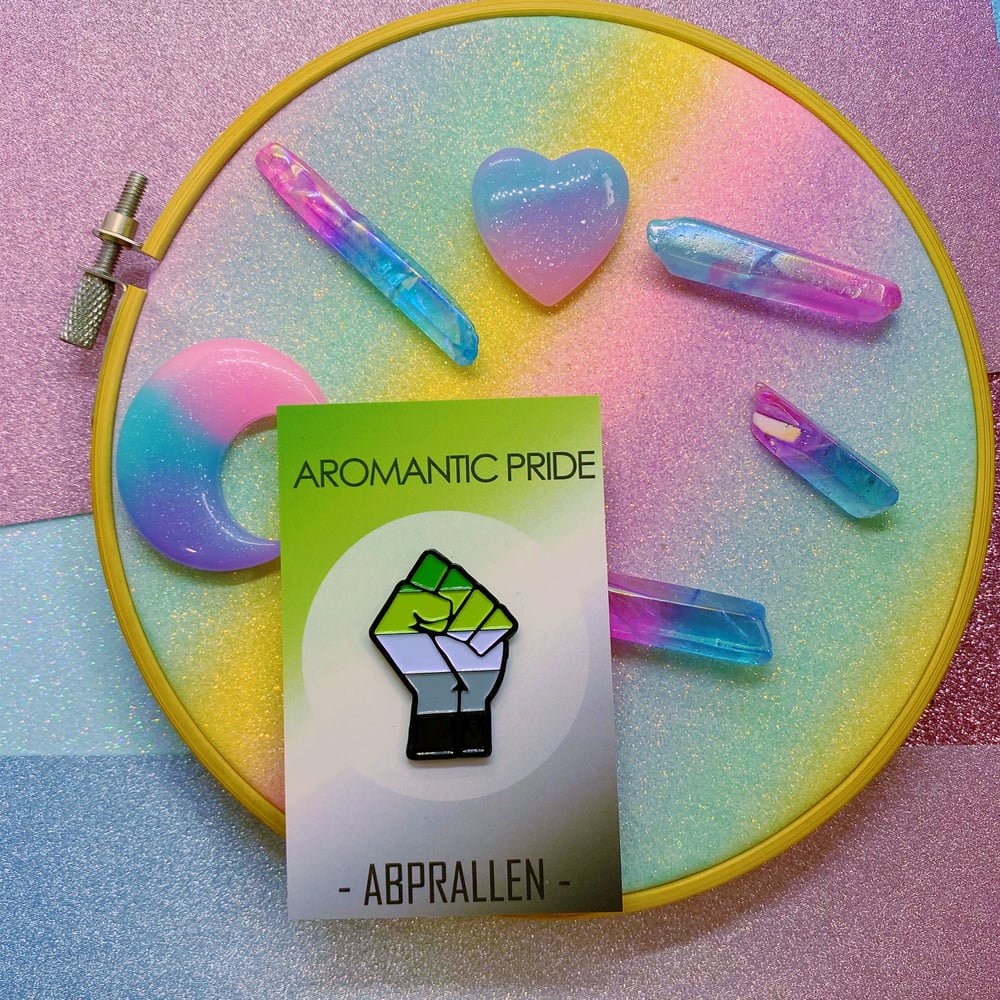 This Pride pin is for all aromantic people, whether you just realised you're aromantic or you've known for years. Your identity is real, valid, and Yours.

I designed this Aromantic Pride pin in 2019, following on from the love I received in regards to my Trans Pride pin and have since created a number of other LGBT pride flags in the same style. This pin measures 34mm and affixes to all suitable fabrics such as hats, jackets, shirts, and bags.