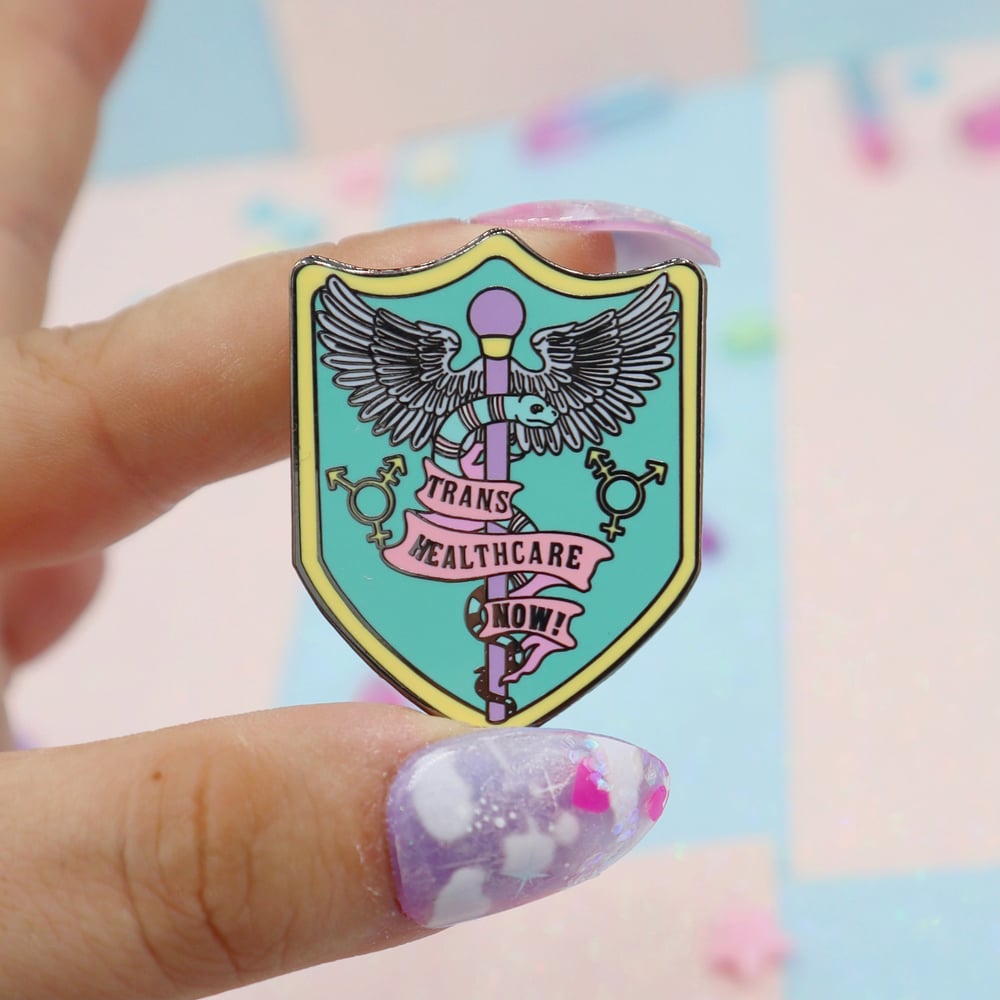 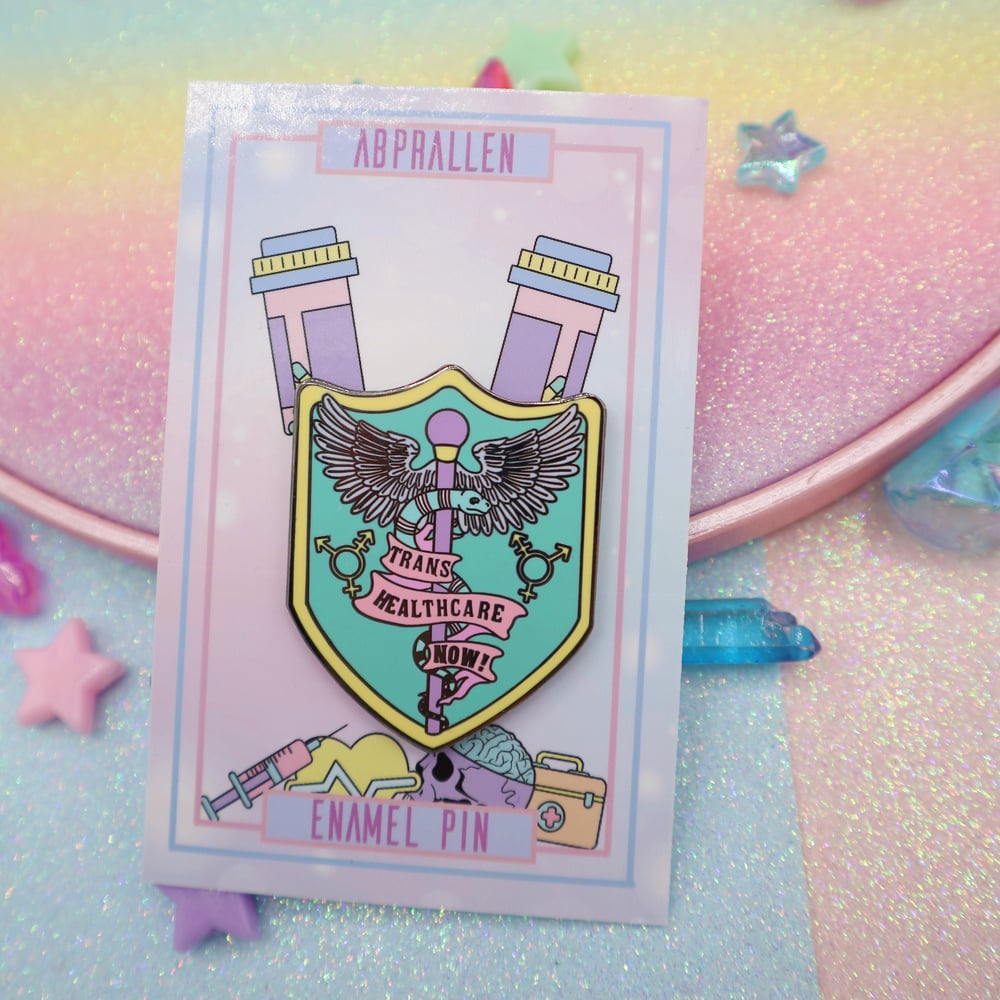 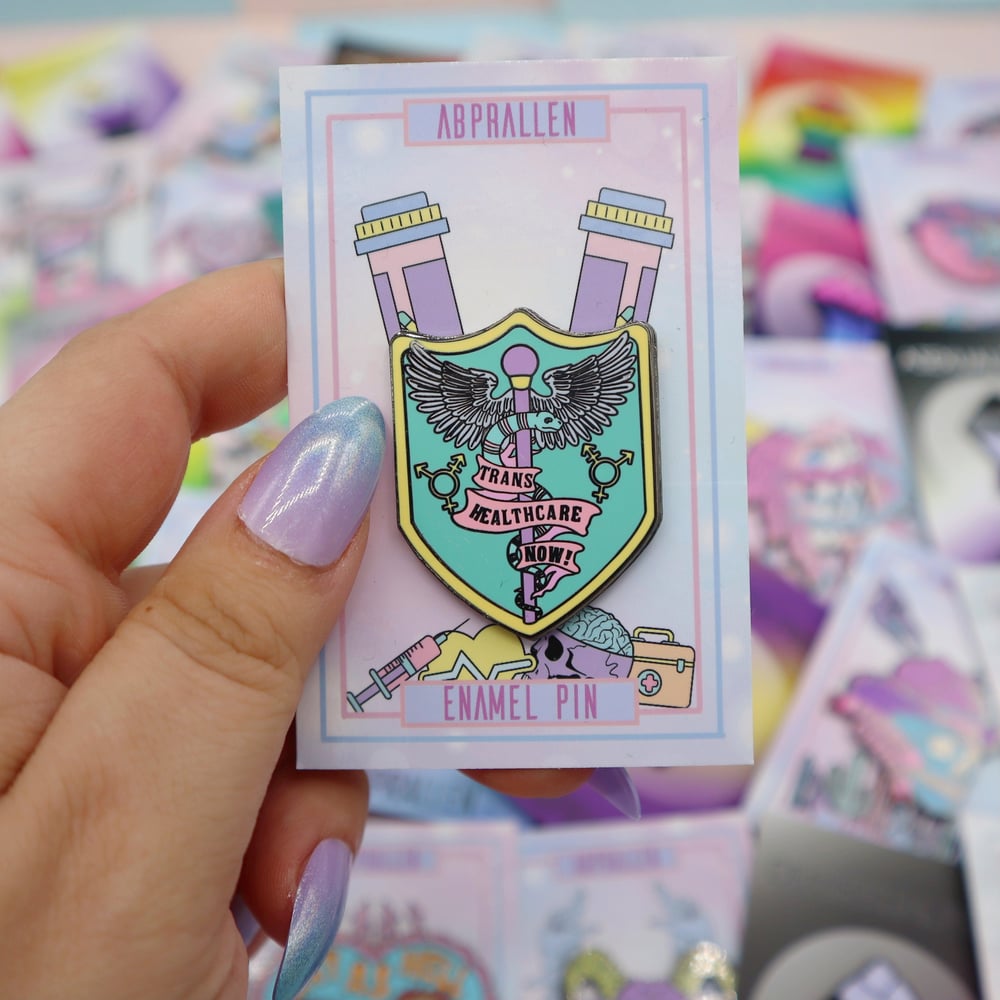 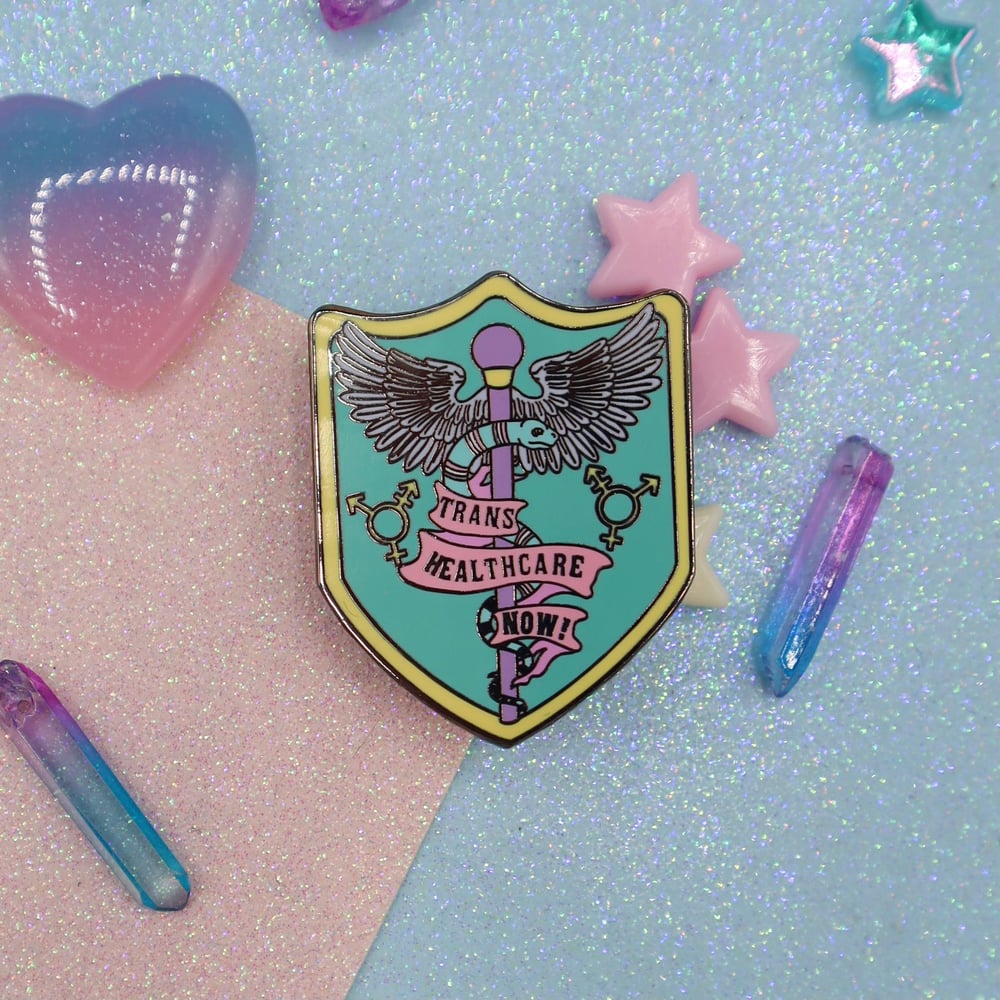 When I talk about trans healthcare I mean all forms of HRT and gender confirmation surgeries. Access to these kinds of care is life-saving and necessary for a huge number of trans people. But when I talk about trans healthcare I also mean not requiring weight loss before surgery due to “aesthetics”, I’m talking about not denying or delaying unrelated medical care due to transphobic discrimination, I mean not having to teach healthcare providers about transgenderism, I’m talking about not being admitted to a hospital and being deadnamed and misgendered, I mean not allowing healthcare or insurance providers to deny access to trans patients just because they’re trans. Trans healthcare isn’t as “simple” as HRT and surgeries - that’s just the tip of the iceberg, it goes far beyond that.

This enamel pin measures 39mm at its largest point and affixes with two rubber clasps.