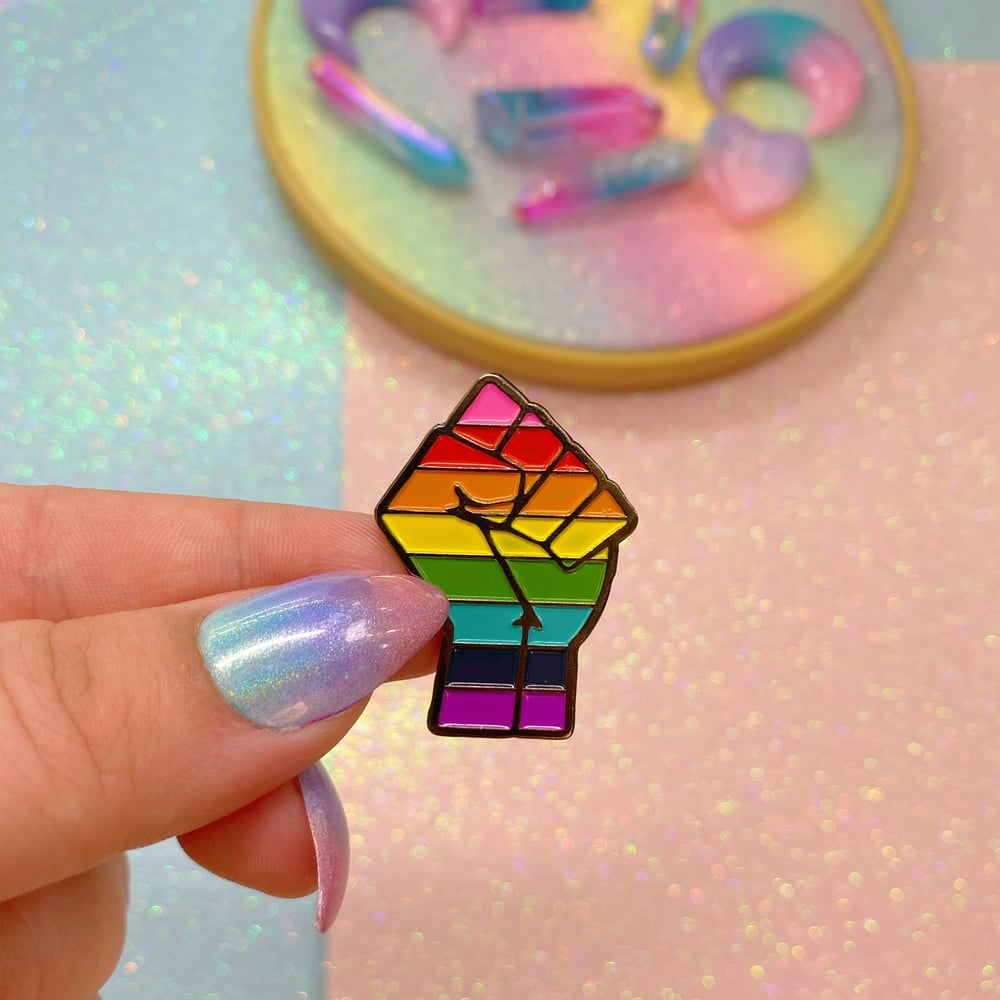 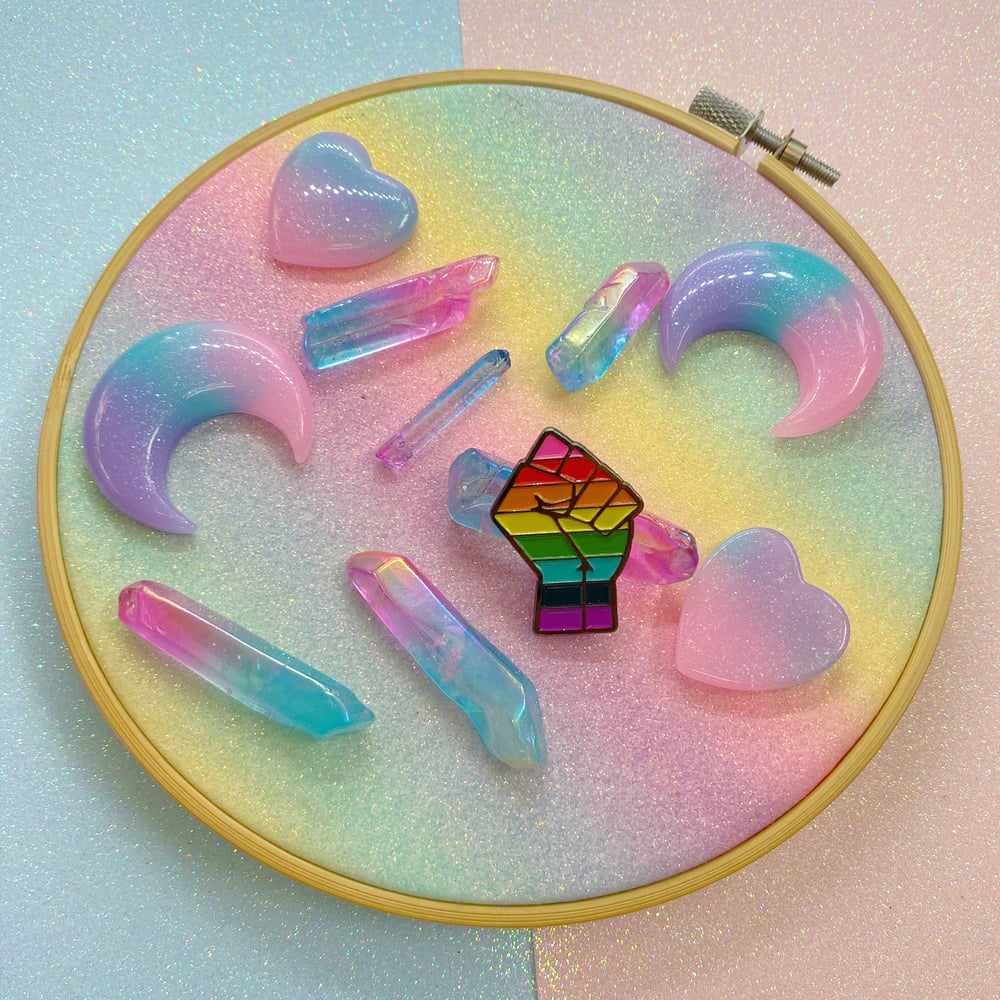 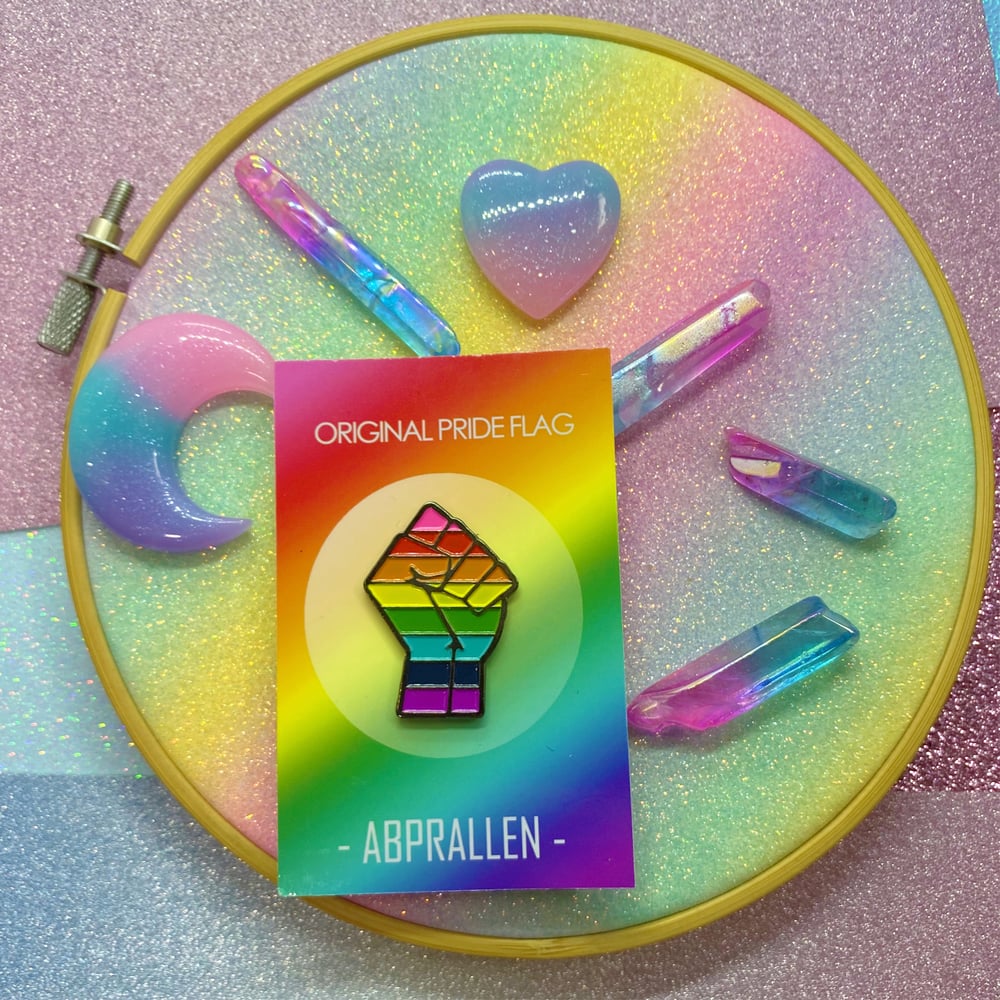 Gilbert Baker was an openly gay activist born in 1951 and when he was 19 he taught himself to sew. Four years later he met Harvey Milk, an influential gay leader, who, after having known him for three years, challenged Baker to come up with a symbol of pride for the gay community. Thus, the rainbow flag was born, originally comprised of eight stripes; Baker assigned specific meaning to each of the colors - Hot pink for sex, red for life, orange for healing, yellow for sunlight, green for nature, turquoise for art and magic, indigo for serenity, and violet for spirit. Baker assembled a team of 30 volunteers to hand-dye and stitch the first two flags for the San Francisco Gay Freedom Day Parade celebration on June 25, 1978.

I designed this pin with the raised fist symbol, as this is an icon of The People, having its roots with The Industrial Workers of the World who were formed in Chicago. This symbol has been used by oppressed groups all around the planet for over a century - from the Black Pride movement, to feminist organisations, to those protesting how their government treats them its a true testament to how resilient and powerful people can be when they have pride and love for what they believe in and know to be true.

I designed this Gay Pride pin in 2019, following on from the love I received in regards to my Trans Pride pin and have since created a number of other LGBT pride flags in the same style. This pin measures 34mm and affixes to all suitable fabrics. I've worn mine on hats, jackets, shirts, and bags.
Choose from either the pin by itself, or with a matching large vinyl sticker!