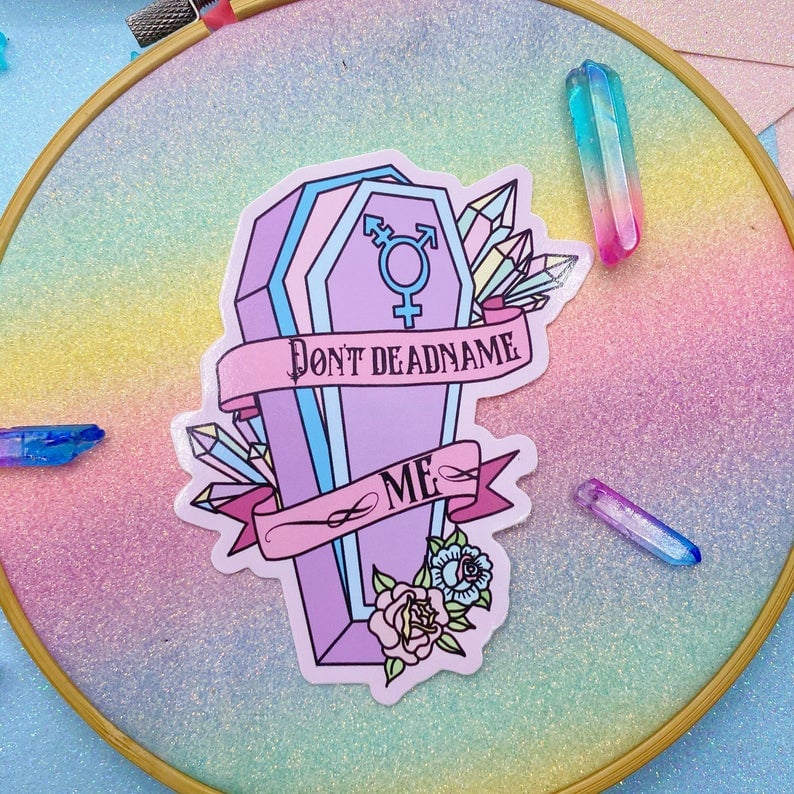 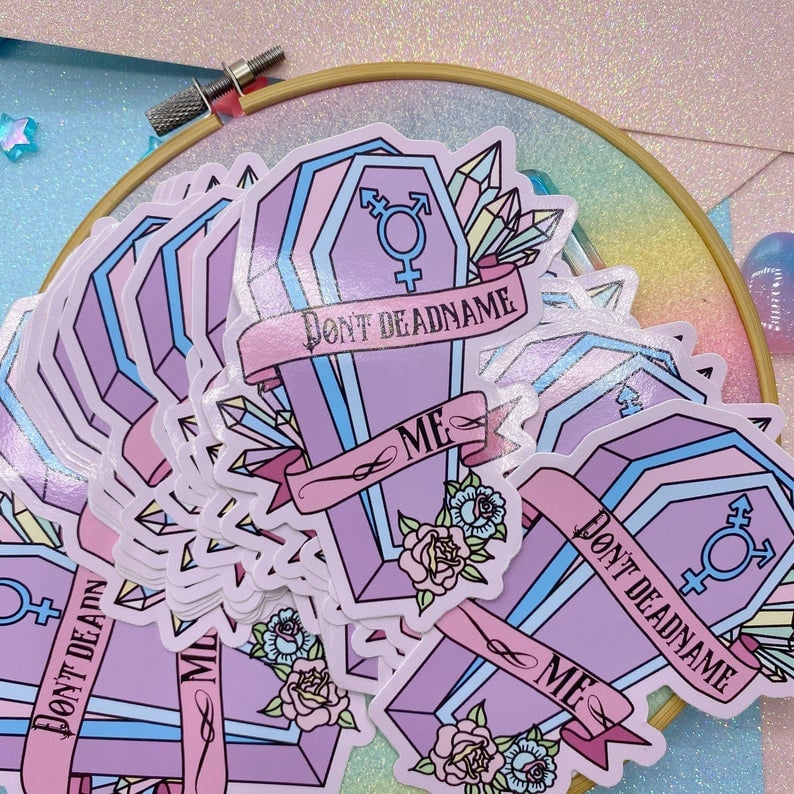 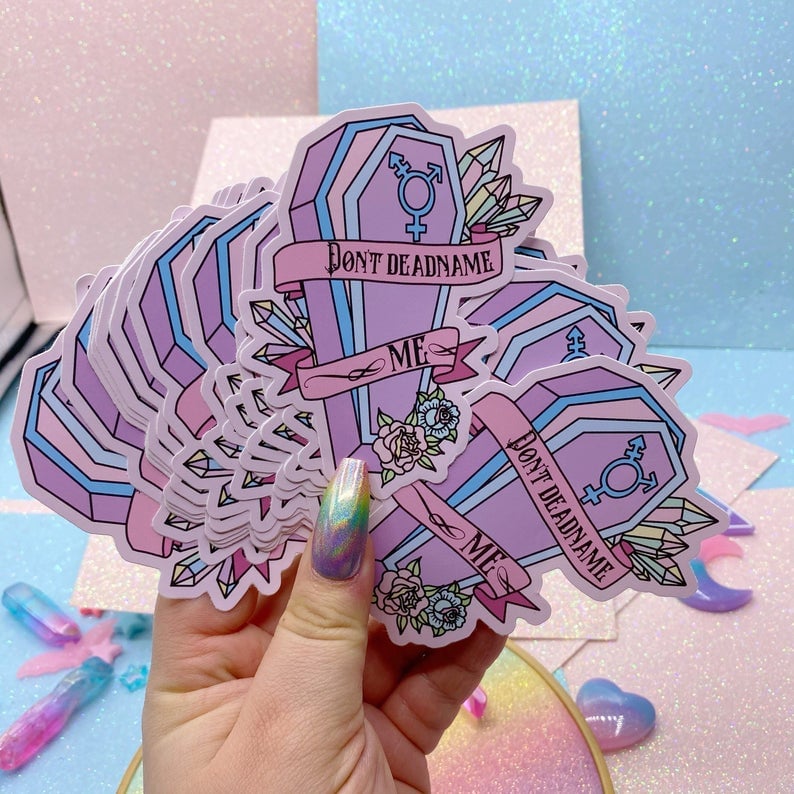 A frustratingly common occurrence for trans people is deadnaming, wherein someone calls them by a previous/birth name that they no longer go by. Sometimes its a slip up, sometimes its intentional.

The act of changing ones name is an important part for a lot of trans people, a step in the right direction for how they exist in the world and require to be seen. We understand that slip ups are gonna happen and as long as you're genuine in your apologies and in actively working towards changing your behavior we're not gonna be mad about it.

But for those who intentionally deadname trans people in order to make some kind of point, to be transphobic, or to act as if they're somehow being put out in having to remember this change - this is directed at you.

This vinyl sticker measures 10cm at its largest point.